Home How Far Will I Run Book Which Stage of Survival Are You: Victim, Survivor, Thriver?

Which Stage of Survival Are You: Victim, Survivor, Thriver?

Originally published on Humans.media on May 15, 2017 By RACHEL THOMPSON.

The answer isn’t as easy as you think. 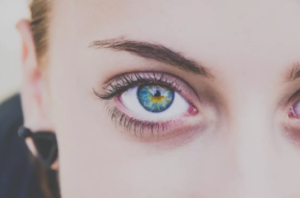 At what point does a sexual abuse survivor (or any trauma survivor) go from victim to survivor, from survivor to thriver?

In our society, the term victim has a negative connotation (don’t be a victim! a constant mantra); however, in a purely legal sense, those of us who have been victims of horrific sexual abuse or traumatic events are recognized by the law as victims, just as those who perpetrated those crimes are perpetrators. What happened to us is criminal, and those who committed these crimes are criminals.

Telling us to ‘get over it,’ puts the onus on us, when we didn’t do anything wrong. Children don’t sexually abuse themselves. Rape victims don’t rape themselves.

There’s such a huge amount of ignorance when it comes to people who treat victims of sexual abuse crimes and traumatic events. We’re told constantly to “move on, get over it, don’t be a victim,” as if we can simply put a little adhesive bandage on those feelings of shame, guilt, fear, anxiety, and whole host of other PTSD (post-traumatic stress disorder) symptoms that become a victim’s unwanted best friend, post-trauma.

As a survivor of childhood sexual abuse at age eleven, I’ve never consciously considered myself a victim, even though I unknowingly suffered from many of what I mentioned above (not realizing all that ‘stuff’ had a name until later, in therapy). My parents didn’t know how to deal with it, so in their own shame and guilt, they swept it under the proverbial rug.

Finding my own way became my M.O., and it worked — or it seemed to — until I became a mother and my façade came crashing down.

Depression, anxiety, hyper-vigilance, constant worrying about how to keep my baby safe became my constant obsession — I had moved back from survivor to victim again, and I did not want to be there.

Thank goodness, I got help.

The Three Stages of Survival Defined

An individual in the victim stage feels as though he or she is still in the trauma — no matter how long ago the actual traumatic incident(s) occurred. The sense of being in that moment of time permeates the person’s feelings, thoughts, and behaviors and even his or her sense of self. It is common for an individual in this stage to avoid many emotions while experiencing in abundance feelings of helplessness, vulnerability, fragility, self-pity, numbness, defeat, shame, self-hatred, and discouragement.

Is the time when one begins to feel strong and confident and to truly believe that there are resources and choices. A key realization of this stage is that an individual has gotten through the trauma intact, or mostly intact, and is indeed outside of it. This understanding allows the person to begin integrating the trauma into his or her life story, to take control of life, and to recognize potential for change and growth, with less suffering, less pain, less guilt, and definitely less depression.

The thriver stage crystallizes the growth of the survivor stage and takes one’s healing to the point where he or she has general satisfaction with life as well as a sense that ordinary life is both interesting and enjoyable. Commitment to moving forward, to taking care of one’s physical health, to investing in one’s career, relationships, and love and life allow these gains to occur. On an emotional level, feelings of strength, empowerment, compassion, resilience, and self-determination eclipse the emotions experienced within the victim stage. In addition, a renewed sense of joy, peace, and happiness arises because one has grown, despite the traumatic experience, and is living well.

In my own experience, I’ve spent the majority of my adult life as a businessperson, mother, and writer cruising between survivor and thriver. I’m currently mostly in thriver mode, though I have my moments and occasional triggers, which I’ve learned to deal with through therapy, meds, support, and most importantly for me, through writing.

I’ve written five books, two about my experiences as what I’ve always referred to as being a survivor of the abuse (I never refer to those who have lived through any kind of traumatic experiences as victims because of the negative connotations, whether I agree with them or not). Perhaps, I need to rethink that and change it to thriver.

Sharing my own stories (in poetry in prose in Broken Pieces and Broken Places — writing Broken People now) was a huge part of my own recovery, led me to starting the weekly Twitter chat #SexAbuseChat (every Tuesday, 6pm pst/9pm est) in 2013 with incest survivor/licensed therapist Bobbi Parish, a 100-strong private support group on Facebook, and sharing brutally honest poetry on the Feminine Collective site (which will be included in Broken People, so a sneak peek!), and is now available in their latest anthology (on Amazon).

The books have won many awards and sold well. I now have an agent and publishing contract — which shocks me to no end. Ultimately, my goal wasn’t about that — it was simply to tell my story and help other survivors fell less alone.

Telling our stories, sharing our worth, showing our vulnerability and growth — it all matters because we matter. I always advise authors to ‘Write what scares you,” because if you don’t feel it as you write it, we won’t feel it as we read it. This is part of thriving. I didn’t realize it myself as I wrote my own books; only later, as I read back through them and think, ‘Wow, I really went there, didn’t I?’ do I sit quietly with my thoughts and hope that someone, somewhere, hopefully, feels less alone through my words.

Give yourself a break as you move through these stages, as it’s a journey, a process to recover. And if you’re not ready or unable to share your story, that’s okay, too. Many survivors feel sharing is required to heal, and that’s not true (though I do recommend therapy with a trauma-trained therapist). Do what’s right for YOU. We didn’t have control during the abuse, but we absolutely have control over our own recovery.

Part of you is lost, that’s true; but, part of you, a beautiful, amazing part, is also waiting to be found.