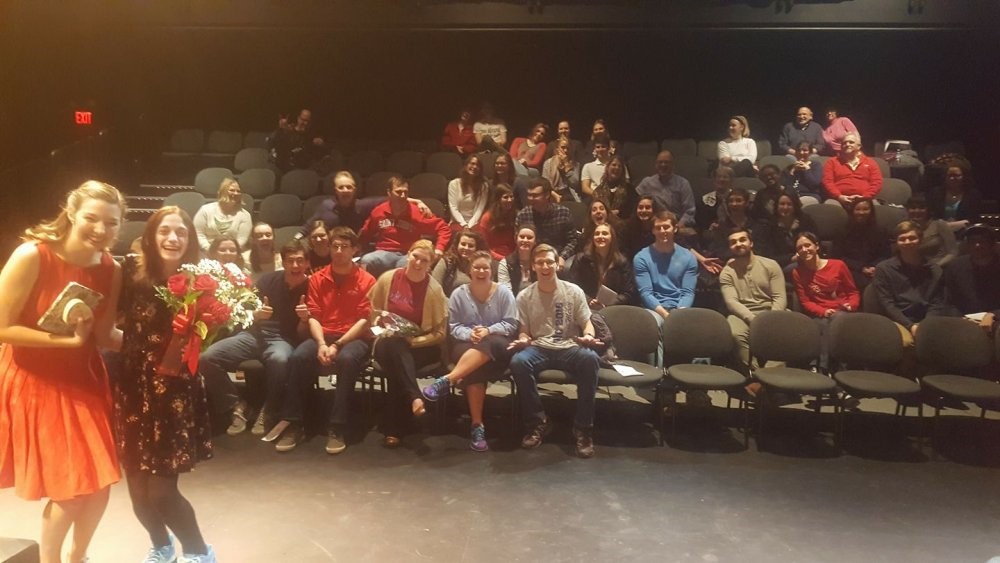 On January 21st, women around the country came together in solidarity to speak their truths, stand up for what they believe in, and fought with compassion to protect our rights, and the integrity of our country. In a democracy, we value that every one of us has a story, every one of us has a dream, a voice, and a right to claim a place for ourselves in this world. We value that each one of us has a story. I’m called back to one of my favorite quotes by Victor Frankl:“Between stimulus and response there is a space. In that space is our power to choose our response. In our response lies our growth and our freedom.”
And on January 21st, we chose a response of togetherness.

The Power Of Story

When individuals from all creeds, backgrounds, ages, and abilities can come together, change occurs at a rapid, pace that is both fierce and loving. And I feel that there is nothing that brings people together more passionately than story: the stories we all share, and a story that unites us all.

Storytelling, since the beginning of time, has driven change, created movements, and launched careers. We all have the ability to change the world and eliminate stigma through our stories, through connecting to others on a deeply personal, universal level.

That’s why on January 21st, I did not go to the March on Washington. Yet in taking a plane from New York to Minnesota, I felt as though I were with the thousands of women who boldly flocked to D.C. to march in powerful protest.

Flying to Minnesota the day of the Women’s March on Washington was more than a beautiful coincidence. For over five years, I’ve been touring the country performing a one-woman musical about my life, Gutless & Grateful. Over the summer, a college senior reached out to me, after finding my videos online, and asked me if she could perform the show herself.

“Seriously? You really wanna perform a show I wrote about my stomach exploding?”

I was flattered, but a little skeptical. Perhaps the doubt came from a place of insecurity. This show was a deeply personal account of surviving sexual abuse, a coma, and ten years’ worth of surgeries. Was the show substantial enough to be pulled off by someone…who wasn’t me? More than that, was my story understandable and relatable enough for someone else across the country to perform to people who didn’t have a clue who I was?

I took a risk, out of nervous excitement and let Beth, a bubbly, ambitious president of the drama club, and passionate sexual assault prevention advocate at her school, take the reigns. Her spirit reminded me of myself over a decade ago, when the most exciting aspect of performing theater was getting to immerse myself in the stories of others.

When I was angry, I’d belt out the vengeful “Epiphany” from Sondheim’s Sweeney Todd. When a boy broke my heart in seventh grade, I moped around singing “On My Own” from Les Miserables.

I understood what drew Beth to playing me as a “role.” From an actor’s perspective, there were plenty of moments of grief, pain, anger, doubt, uncertainty, fear…and also of joy, gratitude, laughter, love and hope.

The more I thought about it, my story had all of the makings of compelling drama. I started to view what had happened to me as a universal story we all experience – a story we can all relate to, no matter who tells it. What’s important is that the story be told.

When I perform the show, I’m singing about the fear that doctors will never be able to recreate a digestive system for me, and I’ll never get back my old life.

When Beth sings in the show, she related those same lyrics to a fear of her own.

And the amazing audience, made up of enthusiastic students eager to support their friend and her ambitious undertaking, related those same lyrics to their own fears, hopes and dreams. Through one story, we all find our way to relate, to claim our truth, to speak up, speak out, and come together. Theater is a communal experience – as much about solidarity as the march on Washington. So, although I was miles away, I felt closer to D.C. and to the hearts of these bold woman than ever before.

On January 21st, I watched a student on the other end of a country, half my age (almost) that had never even met me, perform a deeply personal narrative I created from thousands of journal entries, which I scribbled locked away in my room for years, when I felt so inhuman, so ostracized, hiding like a hermit from society, while I coped with a decade of medical crisis, typing and typing away on my laptop while attached to IV poles, which were my only source of nourishment for six years.

But when I sat back, relaxed and enjoyed the performance, all I saw was a great show.

All I felt was an incredibly moving theatrical experience.

It wasn’t about what I went through. It wasn’t about Beth trying to “act” like Amy Oestreicher. It was about a young women struggling to find herself after her life suddenly changed.

I, along with the entire audience, was rooting for the protagonist as she fought like hell to conquer the odds. And as she sang my original song, Lost In The Corner, I experienced the lyrics I vividly remember writing at a time when hope was scarce, but now, not as my song alone, but as an anthem we all can chant:

“Step out the door and the battles I fight
Tire and test me but don’t strain my might
Who have I become? It’s time to warn her
To be more than a song lost in the corner.”

Stories can challenge everything we think we know about ourselves. They make us think within ourselves and outside of ourselves. One story illuminates the stories that unite us all, and suddenly, we feel heard. We can start a dialogue. We can listen to one another. We can make changes.

The one-woman musical I wrote about my life was performed with grace, passion and a new spin – I even found a few tricks to add in for my next performance in a few days! More importantly, I received the ultimate validation: that what I went through was relatable.

I felt part of the world, and the ups and downs that we all experience. As more students are reaching out to me to perform the show, I’m able to separate myself from this quite “intense” decade of my life: A decade that has spawned much grief, pain and hurt, but also so many gifts.

The Women’s March on Washington was an effort to achieve a reconciled world through relationships and mutual beliefs. In our coming together, we told a singular story, while still celebrating our diversity and claiming our own unique identities.

Stories are an odd paradox. We ALL have one…and we all have ONE.

Amy Oestreicher is touring “Gutless & Grateful,” her BroadwayWorld-nominated one-woman autobiographical musical, to theatres nationwide, along with a program combining mental health advocacy, sexual assault awareness to schools, hospitals, and international conferences. Catch it next in NYC at the Metropolitan Room on Feb. 5th and March 26th. If you’d like to perform Gutless & Grateful, send a playwright inquiry. She is a PTSD peer-to-peer specialist, artist, author, speaker for TEDx and RAINN, award-winning actress, and playwright, sharing the lessons learned from trauma through her writing, mixed media art, performance and inspirational speaking. Learn about her art, music, theatre, advocacy, book, and inspiring story at amyoes.com, or “tweet me at @amyoes!”