Originally published on EveryDayFeminism.com on Sept 16, 2015 By Sian Ferguson and re-published here with their permission. 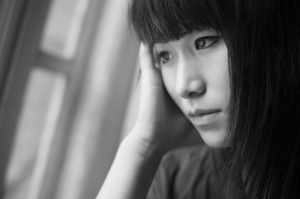 Like most people who have been sexually assaulted, I have been blamed for my own rape.

I’ve been blamed by random strangers who I trusted enough to tell my story to.

I’ve been blamed by people I thought to be friends, who subtly indicated that if I wasn’t in “the wrong place at the wrong time,” I would never have been assaulted.

I’ve been blamed by many people, and it was always painful.

But the most hurtful and invasive blaming was always done by me.

In many ways, I was my own biggest enemy when it came to victim-blaming.

At some level, I knew that I was wrong to blame myself – yet I couldn’t stop doing it.

Unfortunately, my situation isn’t unique at all. A great number of people struggle with internalized victim-blaming. And this sense of self-blame can cause a great amount of self-loathing and can hinder the process of healing after assault.

Society constantly tells us that people who have been sexually assaulted are to blame for their assaults.

Of course, this is bullshit: When it comes to abuse, the only person to blame is the person who chooses to abuse (that is, the abuser).

But when we’re constantly fed a certain message, it’s hard not to start believing it.

At some (conscious or subconscious) level, a great number of people who’ve been sexually assaulted blame themselves for what happened to them – even when they know it’s not their fault. We’ve internalized the messages society has sent to us.

Internalized victim-blaming can be psychologically and emotionally exhausting, and it can be a huge obstacle in healing after sexual assault. For this reason, it’s imperative that we challenge self-blame.

Addressing internalized victim-blaming might seem like a monumental task. But with a lot of self-love and a great deal of effort, we can kick self-blame in the butt!

Before I get into this, I want to note that the following list is a selection of tips and methods that have helped me and others overcome internalized victim-blaming. Of course, not all of these methods will work for everyone – everyone heals differently.

By sharing these methods, I’m not trying to be prescriptive about how anyone should heal. Rather, I want to give people some ideas on how to approach their healing.

So let’s look at some of the ways we can approach our internalized victim-blaming:

1. Understand Victim-Blaming at an Intellectual Level

Understanding something at an intellectual level is way different than understanding it on a raw, emotional level.

But a great number of anti-abuse organizations – experts on the subject of rape – tell us that it’s a myth that the behavior of the victim causes their rape.

There’s a lot of evidence that shows us that anybody can be sexually assaulted – no matter their identity or behavior. We also know that the best way to prevent sexual assault is not to police the behavior of potential victims, but to create a culture in which sexual violence is not tolerated.

There’s a lot of information out there that demonstrates that victims are never to blame for their rape. Acquaint yourself with these ideas if you haven’t yet.

Once we understand that victims are never to blame for their assault, we can begin to tackle deeper internalized self-blame.

It’s nearly impossible to tackle something you can’t identify.

For this reason, it’s imperative that you take notice of self-blaming thoughts whenever you have them.

1. Identify the thought you have: Is it something general, like “My rape is my fault?” Is it something more specific, like “I shouldn’t have been wearing that – I was only raped because I wore that?”

If a certain source constantly causes you to have self-blaming thoughts, it might be a good idea to avoid that person or thing. Alternatively, you can try to prepare yourself emotionally before you deal with them.

3. Remind yourself that your initial thought was wrong: This is where I draw on my intellectual understanding of victim-blaming, as mentioned earlier in the article. I say to myself, “Hold on – you know it’s not your fault. It was entirely your rapist’s choice to rape you. He could have controlled himself if he wanted to.”

4. Replace that thought of self-blame with another thought: Remind yourself that you’re not to blame. Reaffirm that you’re healing and you’re doing really well. Then, remind yourself about all the things you love about yourself ≠ for example, your good qualities, your strengths, and your skills.

I like to write all of these down and work through it step-by-step. Not only does it help me keep a record of my progress, but it reminds me that it’s possible for me to pull myself out of a cycle of victim-blaming thoughts.

The trick is to do this many times until it becomes almost habitual. I’ve been doing this for a few months, and now it’s nearly automatic for me to address my self-blame with introspection.

3. Surround Yourself with People Who Support Your Healing

Of course, we know that we live in a society that has a rape culture, and it’s nearly impossible to avoid all victim-blaming messages.

But in certain cases, we have some level of control over the messages that enter our lives.

It’s useful to surround yourself with people who try not to perpetuate society’s harmful messages about rape – people who attempt to understand rape culture and will treat you with compassion and understanding.

By surrounding ourselves with these kinds of people, we can create an environment conducive to healing from internalized victim-blaming.

I lived in one town for my entire life, and when I relocated at the beginning of this year, I had the opportunity to make new friends. Most of the friends I made were through gender-related activism. For this reason, most of them were politically minded, compassionate, and clued into things like rape culture and victim-blaming.

For the first time in my life, I felt that I could discuss my assaults with a group of people without worrying about them blaming me for it.

I was entirely confident that they would try to be as supportive of me as they could. If I say something that indicates that I’m self-blaming, they will compassionately and gently remind me that I’m not to blame.

I can’t describe to you how lucky I feel to be surrounded by such kind-hearted and supportive people. Those friends counter the harmful messages society feeds me – and they’ve helped me heal immensely.

I highly recommend trying to create a support network of people who won’t perpetuate victim-blaming messages, but rather, approach the subject of your assault from a healthy and loving perspective.

Sometimes it’s difficult to know where to start meeting these sorts of people. So try meeting people through activism, support groups, and other community initiatives. If you, like me, struggle to make friends in person, it might be helpful to look for safe spaces online.

If a friend of yours perpetuates unhealthy victim-blaming attitudes, ask yourself if that friendship is toxic, or if your friend can work on their attitude so that they can support you more effectively.

Self-love is incredibly necessary, but it’s important to surround yourself with love from other people, too. Healthy, loving relationships can provide us with the nourishment we need when we forget how to nourish ourselves.

4. Be Gentle with Yourself When You Get It Wrong

Trying to unlearn harmful messages is a long, difficult process.

You’re not always going to get it right, and when you don’t, you need to be gentle with yourself.

That’s a hell of a lot of self-blame going on there.

Often, when we internalize harmful messages, we feel bad for internalizing them. We think of ourselves as “bad feminists” for being affected by societal messages. It’s incredibly important to bear in mind that internalized victim-blaming is bad, but you’re not a bad person if you do it.

When I realize I’ve been berating myself for having these thoughts, I find it really helpful to remind myself of the following four things:

1. The thoughts that I’m having are a result of societal conditioning.

3. But there is room for improvement, and I can learn to treat myself better.

4. I love myself enough to commit to unlearning these harmful ideas in a compassionate and self-reflective manner.

Everyone makes mistakes. It’s how we respond to our mistakes that matters. We should try our best to love ourselves enough to forgive ourselves.

Always remember that the best way to tackle self-blame is with self-love, not with more self-blame!

It’s been nearly nine years after my first assault, and I still struggle with feelings of self-blame regularly.

But over time, I’ve become able to manage those feelings in a healthy and productive manner. I’ve made immense progress in healing after my assault, and I want you to know that it’s possible for you to heal, too.

I’ve come to learn that healing after sexual assault includes taking on the process of unlearning harmful internalized ideas. This can take a lot of time and effort, but at the end of the day, you’re worth it.

Your health and happiness is worth every second and every ounce of energy you put into obtaining it.

Hopefully, the methods and ideas mentioned in this article give you a few practical ideas on how to address internalized victim-blaming. May you find happiness, peace, and healing soon.