Home How Far Will I Run Book Rep. Jackie Speier speaks out against Smithsonian’s Handling of Sexual Assault

Originally published on Change.Org on November 1, 2016 By Maria Ruiz. 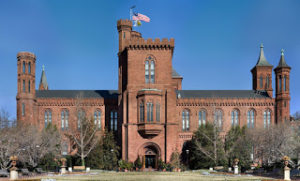 Congresswoman Jackie Speier (CA-14) on Monday sent a letter to the Inspector General of the Smithsonian Institution, Cathy Helm, calling on Smithsonian officials to rectify the severe mishandling of a confirmed case of sexual assault. In the letter, Rep. Speier calls on the Smithsonian to immediately open an investigation into the organization’s sexual misconduct policies and procedures, and asks that they provide the survivor with the tape recorded interviews with Smithsonian officials that she has requested.

“The behavior of Smithsonian officials in this case has ranged from incompetent to actively complicit. If no Smithsonian policies were violated in this case, as the Inspector General has stated, then the policies are grossly inadequate and must be changed. Moreover, refusing to provide the survivor with tapes of her own interviews with Smithsonian staff smacks of a cover-up,” Rep. Speier said. “Such abhorrent behavior cannot be tolerated. The Smithsonian must immediately turn over the tapes requested by the survivor, and it must take meaningful steps to address the numerous failures of their sexual misconduct policies and procedures.”

We agree that the actions of the administration at the Smithsonian institute were unacceptable. Please join us in urging the Smithsonian to revisit their sexual assault reporting policies and procedures by Contacting the institute https://www.si.edu/Contacts.

Sexual Assault at the Smithsonian