Originally published in Everyday Feminism Magazine on August 2, 2016 By Sian Ferguson and re-published here with their permission

I stood in front of a painting of 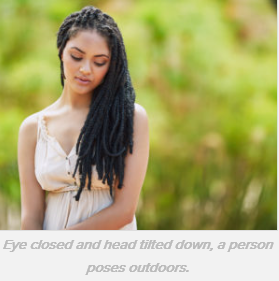 sunflowers and breathed in deeply.

In a few moments I’d be in a flood of tears. I start shaking, which evokes a concerned look from my friend. “Is something wrong?” she asks, kindly.

Many people know about the typical symptoms of PTSD: flashbacks, nightmares and panic attacks. But the truth is that all mental illnesses affect everyone differently. All traumas are different, and their effects manifest in different ways.

Everyone’s experience of PTSD is different, and I’m not speaking on behalf of everyone with the disorder. What I am saying is that we need to broaden the way we view PTSD to remember how varied its effects can be. Being open-minded will enable us to be more helpful and kind to those who need our support.

We need to remember that mental illnesses can have a range of unexpected effects on people. We need to be sensitive to these effects.

Here are a few unexpected effects PTSD has had on my life.

1. I Struggle to Use Public Transport

I used to adore riding on the bus on warm summer afternoons. After university, the hum of the bus would lull me to sleep. I’d be surrounded by a bunch of friendly people who were equally keen to get home.

I can’t do that anymore. Squeezing into busses or minibus taxis full of strangers is mentally draining, because I constantly feel like I’m being suffocated. Being unexpectedly touched by other people could cause me to have a panic attack in an instant.

Because I can’t drive, getting around in my hometown is incredibly difficult without public transportation. Sometimes, I just have to force myself to use it – but in those cases, I get incredibly fatigued and need to sleep for hours when I get home.

My wardrobe has had to completely change because of my PTSD. Specifically, I can’t wear tight clothing.

By “tight” I’m not necessarily referring to figure-hugging clothes, but even vests and bras that are my exact size.

This is because having my body compressed in any way isn’t only uncomfortable. It’s really triggering.

This means that tight clothing isn’t an option for me. The pressure of tight tops on my chest and stomach remind me of being held down during my sexual assault. Elastic over my chest replicates – and often triggers – being unable to take full breaths during a panic attack. I can’t wear bras with straps, because it feels like I’m being compressed.

3. Being Productive Is Very Difficult

Work has always been really important to me.

Maybe it’s because I’ve bought into the capitalist lie that we’re only as valuable as what we’re producing. Maybe it’s the way I distract myself from dealing with mental health issues.

Either way, I’ve always enjoyed working hard. For that reason, it really bothers me when my PTSD stops me from working.

I struggle to concentrate on work. My attention span is really low. I struggle to remember things – everyday things like tasks I need to do, facts I’ve studied, and people’s names. I also struggle to stay motivated. This is part of the reason why I’ve had to take a break from university.

As a full-time freelance writer, my memory and concentration problems don’t just annoy me – they also threaten my livelihood, as my income depends on my productivity.

4. I Get Phone Fatigue

Because my PTSD means I struggle to concentrate, using my phone can be incredibly exhausting.

I might use it to Google something. While I’m searching for it, I get a notification. It looks important, so I check it out. It reminds me that I need to message a friend. While I’m messaging them, I remember to ask them about something else. While I’m doing that, another distracting notification comes through. I choose to ignore it and continue talking to my friend.

Then I remember that I was meant to be Googling something, so I return to that. While focussing on that, I forget to check my other notifications and ignore my friends in the process.

As you can imagine, this process is incredibly exhausting. It means that I struggle to type long messages or emails. As a result of this, I ignore my phone for long periods of time – which makes it difficult to work and stay in contact with loved ones.

5. My Sleep Patterns Are Messed Up

I’m writing this at noon, and I just woke up. The reason why I slept so late is because I had a lot of terrifying nightmares a few nights ago. Because the quality of sleep was so low, I had to nap in the afternoon, which meant I could only fall asleep at three in the morning.

But it’s not only the nightmares that affect my sleeping. My depression, which goes along with my PTSD, means I sometimes feel like sleeping for an excessively long time.

Long story short? My PTSD screws up my sleeping patterns. And it sucks, because it means that I have difficulties waking up early to go to classes or appointments. I have very little energy to work, socialize, or practice self-care.

6. I Struggle to Commit to Seeing Other People

PTSD means that my mental state is inconsistent.

I can’t predict today how I’ll feel tomorrow, because anything can affect me: something small could trigger me, I could have a panic attack, or I could be incredibly tired if my sleep patterns are inconsistent. I might feel depressed or anxious for no discernible reason.

This means that it’s difficult for me to follow through with the plans I make. I often plan to meet friends or colleagues, and I really intend to meet them. But when the day comes, a panic attack or depression could mean that I can’t leave the house or even speak to someone on the phone.

Being touched without my consent – even if it’s completely non-sexual – is really painful. It puts my nerves on edge and it makes me panic.

Even when it’s well-intended, like a friend giving me a surprise hug, or a stranger touching my arm to get my attention, it freaks me out. Packed bars and clubs are a nightmare if I’m feeling sensitive, because being in a room where a bunch of strangers are moving past me (and sometimes groping me) is really nerve-wracking.

When I suddenly burst into tears, I think it confuses and possibly scares the people around me. In that moment, it’s difficult to explain why I react the way I do. Despite not understanding it, people are usually really considerate and kind.

The first time I was sexually assaulted, it was in a bare room.

That is, the walls were bare, save for a solitary painting of sunflowers. I stared at the rough brushstrokes and faded colors through watery eyes and waited until it was over.

So every time I see a painting of sunflowers I’m suddenly transported back into that bare room where my life changed forever. That’s why I cry whenever I see one.

I can’t expect all my friends and acquaintances to know that I can’t be in the same room as a painting of sunflowers. But I do expect them to be kind, thoughtful and gentle when I’m in pain.

It’s impossible to understand every person’s PTSD in its entirety, and we can’t always pre-empt what will trigger someone.

I’m not advocating for that.

Rather, I’m advocating for us to be thoughtful and sensitive to those around us.

We can practice empathy, even when someone else’s trauma looks different to what we expect. We can learn to listen and acknowledge one another’s mental illnesses and triggers, and we can tenderly offer support to those who want and need it.