Home How Far Will I Run Book My Father, Woody Allen, and the Danger of Questions Unasked (Guest Column)

My Father, Woody Allen, and the Danger of Questions Unasked (Guest Column)

Originally published on THEHOLLYWOODREPORTER.com on May 11, 2016 By Ronan Farrow

Despite Dylan Farrow’s damning allegations of 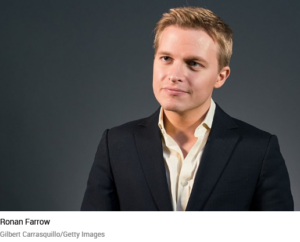 sexual abuse, the director of Cannes’ opening film today remains beloved by stars, paid by Amazon and rarely interrogated by media as his son, Ronan Farrow, writes about the culture of acquiescence surrounding his father.

“They’re accusations. They’re not in the headlines. There’s no obligation to mention them.” These were the objections from a producer at my network. It was September 2014 and I was preparing to interview a respected journalist about his new biography of Bill Cosby. The book omitted allegations of rape and sexual abuse against the entertainer, and I intended to focus on that omission. That producer was one of several industry veterans to warn me against it. At the time, there was little more than a stalled lawsuit and several women with stories, all publicly discredited by Cosby’s PR team. There was no criminal conviction. It was old news. It wasn’t news.

So we compromised: I would raise the allegations, but only in a single question late in the interview. And I called the author, reporter to reporter, to let him know what was coming. He seemed startled when I brought it up. I was the first to ask about it, he said. He paused for a long time, then asked if it was really necessary. On air, he said he’d looked into the allegations and they didn’t check out.

Today, the number of accusers has risen to 60. The author has apologized. And reporters covering Cosby have been forced to examine decades of omissions, of questions unasked, stories untold. I am one of those reporters — I’m ashamed of that interview

Some reporters have drawn connections between the press’ grudging evolution on Cosby and a painful chapter in my own family’s history. It was shortly before the Cosby story exploded anew that my sister Dylan Farrow wrote about her own experiences — alleging that our father, Woody Allen, had “groomed” her with inappropriate touching as a young girl and sexually assaulted her when she was 7 years old.

Being in the media as my sister’s story made headlines, and Woody Allen’s PR engine revved into action, gave me a window into just how potent the pressure can be to take the easy way out. Every day, colleagues at news organizations forwarded me the emails blasted out by Allen’s powerful publicist, who had years earlier orchestrated a robust publicity campaign to validate my father’s sexual relationship with another one of my siblings. Those emails featured talking points ready-made to be converted into stories, complete with validators on offer — therapists, lawyers, friends, anyone willing to label a young woman confronting a powerful man as crazy, coached, vindictive. At first, they linked to blogs, then to high-profile outlets repeating the talking points — a self-perpetuating spin machine. 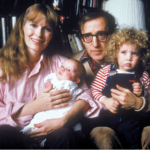 Mia and Allen with Ronan (left) and daughter Dylan in 1988.

The open CC list on those emails revealed reporters at every major outlet with whom that publicist shared relationships — and mutual benefit, given her firm’s starry client list, from Will Smith to Meryl Streep. Reporters on the receiving end of this kind of PR blitz have to wonder if deviating from the talking points might jeopardize their access to all the other A-list clients.

In fact, when my sister first decided to speak out, she had gone to multiple newspapers — most wouldn’t touch her story. An editor at the Los Angeles Times sought to publish her letter with an accompanying, deeply fact-checked timeline of events, but his bosses killed it before it ran. The editor called me, distraught, since I’d written for them in the past. There were too many relationships at stake. It was too hot for them. He fought hard for it. (Reached by The Hollywood Reporter, a spokesperson for the Los Angeles Times said the decision not to publish was made by the Opinion editors.)

When The New York Times ultimately ran my sister’s story in 2014, it gave her 936 words online, embedded in an article with careful caveats. Nicholas Kristof, the Pulitzer Prize-winning reporter and advocate for victims of sexual abuse, put it on his blog.

Soon afterward, the Times gave her alleged attacker twice the space — and prime position in the print edition, with no caveats or surrounding context. It was a stark reminder of how differently our press treats vulnerable accusers and powerful men who stand accused.

Perhaps I succumbed to that pressure myself. I had worked hard to distance myself from my painfully public family history and wanted my work to stand on its own. So I had avoided commenting on my sister’s allegations for years and, when cornered, cultivated distance, limiting my response to the occasional line on Twitter. My sister’s decision to step forward came shortly after I began work on a book and a television series. It was the last association I wanted. Initially, I begged my sister not to go public again and to avoid speaking to reporters about it. I’m ashamed of that, too. With sexual assault, anything’s easier than facing it in full, saying all of it, facing all of the consequences. Even now, I hesitated before agreeing to The Hollywood Reporter’s invitation to write this piece, knowing it could trigger another round of character assassination against my sister, my mother or me.

But when Dylan explained her agony in the wake of powerful voices sweeping aside her allegations, the press often willing to be taken along for the ride, and the fears she held for young girls potentially being exposed to a predator — I ultimately knew she was right. I began to speak about her more openly, particularly on social media. And I began to look carefully at my own decisions in covering sexual assault stories.

I believe my sister. This was always true as a brother who trusted her, and, even at 5 years old, was troubled by our father’s strange behavior around her: climbing into her bed in the middle of the night, forcing her to suck his thumb — behavior that had prompted him to enter into therapy focused on his inappropriate conduct with children prior to the allegations. 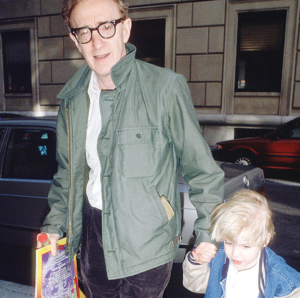 Allen with Farrow (then known as Satchel) in 1994, after the director lost his custody battle with ex-girlfriend Mia Farrow.

But more importantly, I’ve approached the case as an attorney and a reporter, and found her allegations to be credible. The facts are persuasive and well documented. I won’t list them again here, but most have been meticulously reported by journalist Maureen Orth in Vanity Fair. The only final legal disposition is a custody ruling that found Woody Allen’s behavior “grossly inappropriate” and stressed that “measures must be taken to protect [Dylan].”

On May 4, The Hollywood Reporter published a cover interview with Woody Allen, quirky auteur. To me it is a sterling example of how not to talk about sexual assault. Dylan’s allegations are never raised in the interview and receive only a parenthetical mention — an inaccurate reference to charges being “dropped.” THR later issued a correction: “not pursued.”

The correction points to what makes Allen, Cosby and other powerful men so difficult to cover. The allegations were never backed by a criminal conviction. This is important. It should always be noted. But it is not an excuse for the press to silence victims, to never interrogate allegations. Indeed, it makes our role more important when the legal system so often fails the vulnerable as they face off against the powerful.

Here is exactly what charges not being pursued looked like in my sister’s case in 1993: The prosecutor met with my mother and sister. Dylan already was deeply traumatized — by the assault and the subsequent legal battle that forced her to repeat the story over and over again. (And she did tell her story repeatedly, without inconsistency, despite the emotional toll it took on her.) The longer that battle, the more grotesque the media circus surrounding my family grew. My mother and the prosecutor decided not to subject my sister to more years of mayhem. In a rare step, the prosecutor announced publicly that he had “probable cause” to prosecute Allen, and attributed the decision not to do so to “the fragility of the child victim.”

My mother still feels it was the only choice she could make to protect her daughter. But it is ironic: My mother’s decision to place Dylan’s well-being above all else became a means for Woody Allen to smear them both. 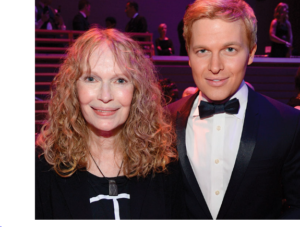 Very often, women with allegations do not or cannot bring charges. Very often, those who do come forward pay dearly, facing off against a justice system and a culture designed to take them to pieces. A reporter’s role isn’t to carry water for those women. But it is our obligation to include the facts, and to take them seriously. Sometimes, we’re the only ones who can play that role.

Confronting a subject with allegations from women or children, not backed by a simple, dispositive legal ruling is hard. It means having those tough newsroom conversations, making the case for burning bridges with powerful public figures. It means going up against angry fans and angry publicists.

There are more reporters than ever showing that courage, and more outlets supporting them. Many are of a new generation, freed from the years of access journalism that can accrete around older publications. BuzzFeed has done pioneering reporting on recent Hollywood sexual assault stories. It was Gawker that asked why allegations against Bill Cosby weren’t taken more seriously. And it is heartening that The Hollywood Reporter asked me to write this response. Things are changing.

But the old-school media’s slow evolution has helped to create a culture of impunity and silence. Amazon paid millions to work with Woody Allen, bankrolling a new series and film. Actors, including some I admire greatly, continue to line up to star in his movies. “It’s not personal,” one once told me. But it hurts my sister every time one of her heroes like Louis C.K., or a star her age, like Miley Cyrus, works with Woody Allen. Personal is exactly what it is — for my sister, and for women everywhere with allegations of sexual assault that have never been vindicated by a conviction.

Tonight, the Cannes Film Festival kicks off with a new Woody Allen film. There will be press conferences and a red-carpet walk by my father and his wife (my sister). He’ll have his stars at his side — Kristen Stewart, Blake Lively, Steve Carell, Jesse Eisenberg. They can trust that the press won’t ask them the tough questions. It’s not the time, it’s not the place, it’s just not done.

That kind of silence isn’t just wrong. It’s dangerous. It sends a message to victims that it’s not worth the anguish of coming forward. It sends a message about who we are as a society, what we’ll overlook, who we’ll ignore, who matters and who doesn’t.

We are witnessing a sea change in how we talk about sexual assault and abuse. But there is more work to do to build a culture where women like my sister are no longer treated as if they are invisible. It’s time to ask some hard questions.