Originally published on BBCNEWS.com on May 11, 2016 By Megan Mohan 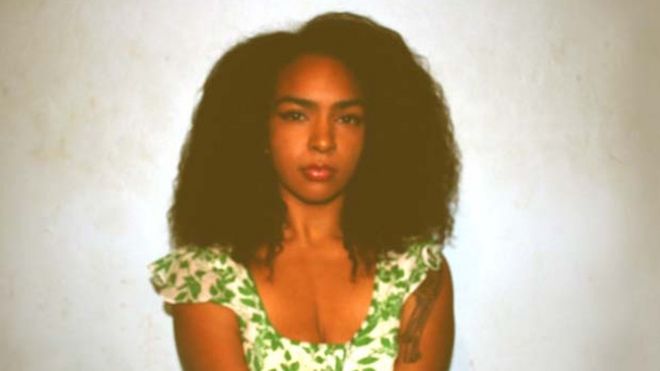 When Dominican-American writer Zahira Kelly started the hashtag #MaybeHeDoesntHitYou, she had no idea that it would trend with thousands of women, and even a few men, taking the opportunity to discuss their own experience of psychological maltreatment.

“Abuse is often seen as very cut and dry, and only physical. For several years now on social media, on a daily basis I talk about many different forms of abuse and what they look like,” Kelly told BBC Trending.

She added that she created the hashtag in order to enable people to “suss out damaging situations”.

And counsellors agree with Zahira that there are signs of identifying whether you are being emotionally abused. We isolated a few from the tweets on Kelly’s trend.

“Emotionally abusive people are very concerned with their public image,” counsellor Amanda Perl told Trending. “They are often extremely charming to the outside world in order to undermine any case you might have to discredit them or bring a spotlight on their behaviour.” 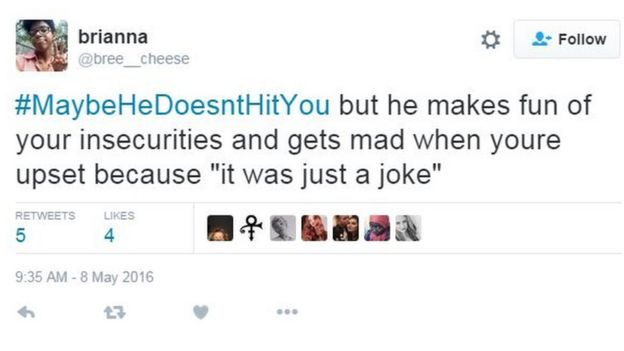 “They publically embarrass you. That can include on social media too, where they reveal anecdotes designed to get a laugh at your expense. If you aren’t laughing and they continue with this behaviour, it is a form of emotional abuse,” says Perl.

Won’t see your point of view 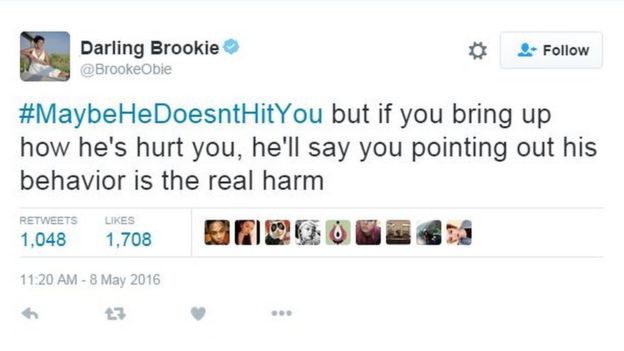 “This is a form of ‘stonewalling‘. When your partner refuses to engage in conversation, or deflects issues that concern you and manipulates you into believing your point of view is not valid,” says Perl, “it’s another form of control.”

Use things you’ve said against you 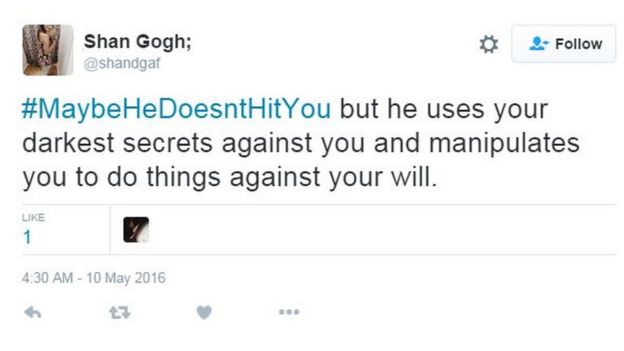 “These can range from how many sexual partners you’ve told him you’ve had to any form of deviance; whether it’s a sexual fantasy or something you wouldn’t want anyone to know.” says Perl.

Try to make you jealous 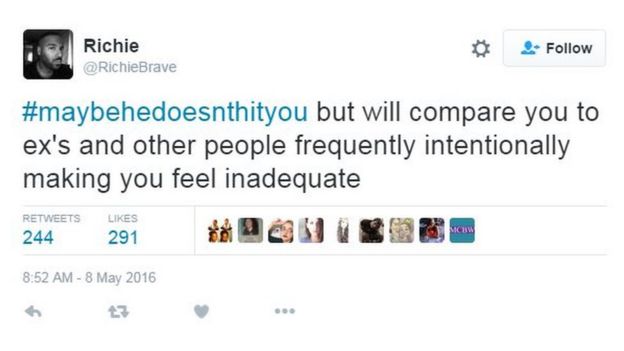 “There is a difference between people who are physically and emotionally abused,” Perl says. “Abusers often suffer with unmanageable anxiety, and so look for partners who they believe can compensate for their inadequacies. In such manner they consciously and deliberately target the recipient. The emotionally abused are generally secure and intelligent people. They aren’t meek. However they are generally co-operative, facilitative and can be natural people pleasers.”

Zahira Kelly told Trending that it was not one isolated experience that caused her to create the hashtag, and she has given more context to her personal story in this blog.

She said she wanted to let abused people know that they “were not imagining the horrible emotional and psychological effects of what you experienced. Even if it doesn’t qualify as abusive under common notions that only validate physical abuse, it’s still real and your pain is real. And you deserve so much better. We all do.”