Originally published in the Boston Globe on February 24, 2002 By Walter V. Robinson. 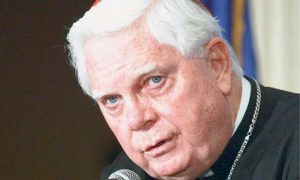 Emboldened by the sexual molestation scandal that has enveloped the Archdiocese of Boston, more than 200 people who claim they were abused by priests have sought out lawyers from just three law firms over the last several weeks.

The actual number of potential new victims who have contacted or retained lawyers is believed to be more than 300, and likely to head higher, according to estimates from attorneys and others who have been closely involved in the issue.

Those numbers do not include some of the alleged victims who have directly contacted prosecutors, or who have chosen to take their complaints to the archdiocese without retaining attorneys.

“There are bound to be a lot more victims, beyond those who have come forward, as more information is made public,” Carmen Durso, a Boston attorney who represents sexual abuse victims in civil actions, said in an interview yesterday.

The floodtide of new claims against priests comes at a time when the archdiocese is already in precarious financial condition. Church attorneys have told lawyers for plaintiffs in pending cases that the archdiocese’s insurance coverage has been exhausted.

The vast majority of those who have come forward claim to be victims of priests who have already been publicly identified as child molesters, or who have been quietly sidelined by the archdiocese since 1992 because of similar accusations.

Norfolk District Attorney William R. Keating, who is pursuing possible criminal charges against some priests, said yesterday that he is not surprised by the number of new victims. Keating cited one study which concluded that in the general population, men who abuse young children have an average of 150 victims each.

To be sure, there is no way of knowing if there are false claimants among people who have approached lawyers. But two of the attorneys said they have declined some clients out of suspicion. One lawyer, Jeffrey A. Newman, said he is requiring people making claims to also file police reports. Filing a false police report is a crime.

Donna M. Morrissey, the spokeswoman for the archdiocese, said yesterday that the Chancery has heard from two dozen victims since early January, three of them with fresh allegations that have led to the removal of priests. Morrissey said she would not dispute the much higher numbers offered by lawyers.

Before the stream of new victims began to emerge, the archdiocese already faced civil claims for compensation from about 140 alleged victims of priests – with about 90 of those cases involving victims of defrocked priest John J. Geoghan.

Those 140 cases remain, with the potential cost of settling them estimated to be in the tens of millions of dollars.

Not counting the pending and future claims, the archdiocese, acting in secret, had come to terms with between 200 and 300 other victims in the last decade, according to lawyers involved in those cases. About 100 of those have been Geoghan victims.

The Globe reported on Jan. 31 that the archdiocese agreed to secret settlements over the last 10 years that involved at least 70 priests, and the church insisted on sealed records to conceal the extent of the problem.

On Friday and yesterday, lawyers for the three law firms most closely identified with pending or settled cases said their firms have been inundated with calls from so many new victims that they have had to turn many away, or add staff to process the claims. The firms are Mitchell Garabedian, Greenberg Traurig, and Newman Ponsetto.

Mitchell Garabedian, whose law firm represents 86 of the victims with pending cases against Geoghan, said he has about 80 prospective new clients, not counting 50 other alleged victims who have contacted him from other dioceses around the country.

Sixty-five people who say they have been abused are in the process of retaining Roderick MacLeish Jr., the attorney who represented more than 100 victims of the priest pedophile James R. Porter a decade ago, MacLeish said on Friday. He said his firm has turned away 30 people, some because their claims were suspect, others because the abuse happened too long ago to fall within the civil statute of limitations.

Newman, the lead partner in a small law firm, said he has 32 new clients, all but five of them alleged victims of a French Canadian priest who served at Assumption Parish in Bellingham in the early 1980s before returning to Quebec. Attempts to reach the priest, the Rev. Paul M. Desilets, have been unavailing.

”Our phones have been ringing off the hooks, even more than a couple of weeks ago,” Newman said, adding that he has pressed his daughter into service and plans to hire another attorney.

MacLeish says he believes that more than 300 new victims have already contacted lawyers, “and there are many others who haven’t, but will. Some are not ready yet.”

In the Porter case, more than a decade ago, MacLeish said the victims came forward “in wave after wave,” and he sees the same pattern occurring now.

In interviews Friday and yesterday, lawyers and victims advocates said the extent of the problem that has been disclosed in Boston, and the admission of errors in handling priest sex-abuse cases by Cardinal Bernard F. Law, have created a climate that encourages victims to come forward.

“What is encouraging is that we are seeing in Boston, in a much more concerted way than ever before, that average Catholics, as well as prosecutors, judges, and elected officials, are treating the Catholic Church like any other large institution – with no special favors, or blind trust or tremendous deference,” said David Clohessy, the national director of the Survivors Network of those Abused by Priests.

In particular, Clohessy (pronounced CLOS-ee) and others have pointed to a November decision by Superior Court Judge Constance M. Sweeney that forced the public release of damaging information about Geoghan in archdiocesan files; and public demands by Attorney General Thomas F. Reilly and other prosecutors that Law turn over information about past incidents of sexual abuse.

After that demand, the cardinal reversed course. Since then, the names of about 90 priests have been referred to law enforcement authorities.

All of those developments, Clohessy said, have created a “culture of comfort and safety” for victims who have long held back out of guilt and shame, as well as fear about how their claims would be received.

As recently as 10 years ago, Clohessy said, “the most that victims who came forward could hope for was silence from others, if not ostracism in their parishes.”

One example of the receptive climate for victims is the case of Thomas and Christopher Fulchino, the Weston father-and-son victims of clergy sex abuse. After the Globe reported that Thomas Fulchino had been abused by Porter and his son by Geoghan decades apart, the family said the response was overwhelming.

“We were incredibly touched by the number of people who contacted us to say how proud they were of us for our courage in coming forward,” Susan Fulchino, Thomas’s wife and Christopher’s mother, said yesterday.

Durso, the Boston attorney, said extensive public and press interest in the archdiocesan scandal has even prompted victims of sexual abuse by family members and nonclergy therapists to seek out lawyers. Durso said he has four new clients in those categories.

“The public atmosphere, and the attention to this,” Durso continued, “has forced a lot of people to confront their demons, because that’s what these are – demons. Once they do that, their first instinct is to say, `What can I do about the person who caused this problem for me?’ So they end up calling a lawyer.”

Morrissey, the cardinal’s spokeswoman, said she is aware that many victims who have approached lawyers, reporters, and prosecutors have not contacted the archdiocese. But she said the church would act on any allegation it receives. She urged victims to call the Rev. Charles J. Higgins at 617-746-5750.

The Globe itself has received calls from scores of people who have related accounts of their alleged abuse at the hands of priests. Nearly 100 people have contacted the Globe to say that they or someone close to them was abused by a priest in the archdiocese, with 65 of those calls from the alleged victims themselves.

Most of the calls, to lawyers, prosecutors, and the Globe, are from additional victims of priests whose names have already been made public since last month when the Globe Spotlight Team reported on the extent of the problem concerning Geoghan and other priests. Lawyers report only a handful of calls from new victims of Geoghan.

The cardinal asserted several times in January that no priest with a record of abusing children remained in any assignment in the archdiocese. This month, however, he has had to remove 10 priests, including four pastors, after evidence of past accusations of sexual abuse surfaced.

In the most recent two cases last week, pastors from Abington and Lowell were removed after alleged victims of the priests approached the archdiocese for the first time.

The attorneys, who have been representing victims of sex abuse for years, acknowledged that some people claiming to be victims might not be. But for most, they insisted in interviews, the prospect of financial settlement is rarely a major factor.

Many of the new victims, MacLeish said, “feel guilty they didn’t do anything earlier. Many of them thought they were the priest’s only victim. And some of them feel incredibly guilty because they have learned that the priest who abused them molested others later on.”

Added Durso: “Every victim wants to make sure something is done about the person who abused them. Money is not often on their radar screen. And some of them would pay money to help make the pain stop.”