Home How Far Will I Run Book Anxious Parenting 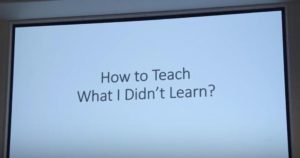 When my daughter was younger I was anxious. I didn’t have full-blown anxiety attacks, as some do. I had an almost constant anxiety motoring within me. It was mixed with dread.

Sometimes, it lasted days. Other times weeks. It would come and go. It always returned. When it did, it was hard to read, concentrate or focus. It was hard to eat or sleep or work.

It was hard to parent.

How I felt in my body scared me and I wanted to be someone else.

Anxious time moved slowly. An hour felt like a month and a day felt like a year. Watching the clock, I’d try to will it to pass. It was the opposite of being present. I was trying to be absent of anxiety, which felt like a way of being and not a symptom or a feeling.

Getting through the day was my biggest goal, the high bar I hoped to reach. At those times it took all I had to rise to that challenge and, in my role as a mother, not fall flat on my face.

It all felt bad but being unable to enjoy or attend to my daughter the way she deserved was the worst part.

She was too young to complain. But she felt it.

She would get clingy. She would move in closer as though she could keep the balloon of me from floating out of her reach. Did I feel like an out-of-reach object of security, like a binky dropped from a high chair or a blanket from the bed? It must have scared her to see the shaky shadow version of me. It was scary to me.

It was as if I was disappearing and being crowded out by anxiety that was sucking up all of the space and air. It felt like my anxiety was contagious, like I was a flu that shouldn’t be nearby anyone or anything. Just being me, while anxious, felt like awful, terrible, no-good mothering.

There was no denying she noticed either. As she aged, she’d say, “I feel like we were together but not together” or “I need more Mama time.”

Part of me was proud of her ability to know and express her feelings and needs.

Part of me was frustrated. Her words felt like an insult, a demand and an accusation.

“I’m doing the best I can,” I wanted to scream.

“Do you know how much worse I had it at your age?” I’d think.

Self-hatred, guilt, and shame piled one upon another like pasta, cheese and sauce in a baking pan. They blended, baked and melted in the oven of me, only the dish cooked up was barely edible.

I was lucky to have a good friend who became my mentor mom. She was a role model, a confidante and someone with advice I was willing to listen to and take. She had something I wanted: grown children who were happy, healthy and who still spoke to her.

When my daughter napped or watched a movie, I often sneaked into the bathroom and whispered into the phone to confess how hard mothering was for me.

Admitting I felt anxious and scared was sometimes all I needed to make me feel a little bit more safe. It could help me to stop holding my breath, might cause me to cry and release stress.

My friend was always gentle and warm and kind.

It was like sunlight, water and air coming in when I felt trapped in myself.

My friend loved and accepted me, all of me, and seemed able to tolerate the anxious part of me that I still hated. She would remind me that parents without a history of childhood trauma have had days when they check out and aren’t present.

That would help me so much.

She would tell me she was proud of me for working so hard at mothering.

That would help, too.

She’d say that even “good parents” sometimes put their kids in front of a TV, a computer, a craft or technology and some didn’t even feel all that badly about doing so.

She said some parents didn’t cook from scratch and were sort of distracted at times, too, not because of anxiety attacks or nightmares or crisis, but because of health, job changes or other issues.

“Really?” I’d ask, in a whisper, “You’re not just trying to make me feel better?”

It felt as if she was giving me illegal, insider information.

And sometimes it would be enough to anchor me and help me return to myself.

“You are a good mom” she would say.

“You’re a good enough mom,” she’d insist, and though I didn’t believe her words, the fact that she said them gave me strength.

She didn’t shame me for not knowing stuff I didn’t know. She didn’t judge me for feeling shaky and scared about my skills and abilities.

She let me admit the truth of my actual experience of mothering and that, alone, would help me mother better.

And she let me check myself as well so I could get a sense of what was trauma-related stuff and what was stuff all parents struggled with because I had no way to know the difference.

I could and would return to my daughter more whole, and more relaxed. It wasn’t a quick fix or a cure, but it was necessary, helpful and made life better.

I’d be more available, without as much anxiety and self-doubt.

I might sit and watch Sesame Street with my baby girl, holding her and letting the show nurture me as well by trying to take in all the calming, warm and silly sketches. If I was too agitated for that, I might get us in the car and attend to some errands so when I did feel more present I wouldn’t be so busy with chores.

I found ways to manage, and my mentor mom’s support helped.

Parenting with ACEs doesn’t always require intense therapy. Sometimes all we need is conversation, friends or reminders that we will be o.k., if not immediately, then eventually.

It helps us, as parents, which improves our parenting.