A New Look At Young Children Who Experience Trauma

Originally published on wnpr on March 30, 2017 By DIANE ORSON. 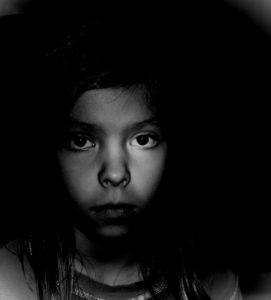 An estimated 95,000 young children in Connecticut under age six have experienced a potentially traumatic event. There’s a new effort underway in the state to expand services focused on their developmental needs.

Early childhood trauma could include physical or sexual abuse, chronic neglect, a serious accident or illness, or loss of a loved one. According to a brief by the Child Health and Development Institute of Connecticut, nearly 45 percent of all youngsters between the ages of two and five have experienced trauma.

The Institute’s Jason Lang said that trauma can affect a child’s ability to learn and form relationships. And young children are especially at risk.

“Their brains are developing so fast, and they have less capacity to cope with adversity than older children,” Lang said. “They may not even have language yet, or if they do have language, they often don’t have the words to explain what happened to them or explain how they’re feeling.”

So the effects of trauma are often acted out. Young children may have temper tantrums or become withdrawn, and often the adults around them often don’t understand that behavior as a signal of trauma.

Young children and their caregivers may also tend to avoid talking about bad things that happen.

“Historically, Connecticut has done a fairly good job of addressing trauma in older children and making services available, but for younger children, there is much less help there,” Lang said.

These include training early childhood staff, and training clinicians and community agencies to provide high quality treatment to young children who have experienced trauma.