Home How Far Will I Run Book WALKING EACH OTHER HOME.

WALKING EACH OTHER HOME.

I belong to a club. 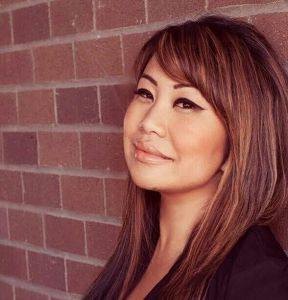 This club is called the trauma club.

Trauma survivors share an unspeakable bond. In their face I recognize the familiar pain that can easily go unnoticed by non-survivors. We are relieved to be given space to talk and be understood without the burden of explanation. We feel at ease to show our pain, rather than hide it for the sake of others who find our suffering unbearable to witness. In short, survivors often times need the kind of understanding that only a fellow survivor can give you.

We survivors have a lifetime membership to an inclusive club we didn’t ask to belong to and there’s no way to leave. We speak a language we never wanted to learn but somehow became fluent in it, replacing our native tongue. We seek out others, whether publicly or silently, who speak the same language.

At first glance, the trauma club may look like a pretty shitty club to belong to, but it is full of the most bravest souls I have ever known; extraordinarily courageous and insightful souls who have risen above the countless judgements of others.

And yet we all wish we could jump ship– that we could have met another way– any other way but this.

Over the past three years, I have had the honour of knowing and working alongside these life-changers, game-changers, relentless survivors and thrivers.

Every member in this club redefines the word brave. They are not victims, they are heroes; heroes of their own story.

The brave souls in this club move mountains every day in honor of their childhood gone too soon, in honour of those that did not get the chance to survive and thrive and in honour of those who have chosen to not break their silence publicly.

With our collective wisdom, us members of the trauma club start movements, lead trauma informed yoga classes, and spearhead crusades of tireless activism.

We create tightly knit support groups of four or ten who meet in one another’s homes during the week or in our local community centres.

We create paper trails of letters to journalists and politicians.

We volunteer our time to conduct abuse prevention workshops, raising awareness in schools, empowering children and youth about their bodies.

We conceptualize and bring to life healing retreats, campaigns, and fundraising events.

We dedicate our time working alongside the government to dismantle a broken justice system by creating institutional changes.

We form alliances with other activists, developing local, national and international networks.

We educate others within the universities we teach, becoming the spark that starts the dialogue.

We push for tougher laws in order to create safer communities for those yet unborn.

This club will stop, listen, and act while the world carries on.

Why do we do this?

So that LESS people join the club.

I dream of a hypothetical situation where there’s a big sign outside a town hall meeting for the trauma club that reads;

“Not Taking Any New Members”

One member is one too many.

If you’ve ever wondered who some of the greatest world changers are, spend some time with a couple of members of this club and watch how they live, see what they do in a day, a week, a lifetime. Watch how they alchemize their pain into a force to be reckoned with, watch how they transform inconceivable trauma into victory.

Get to know a survivor in your life.

Get to know us.

You will see that we are a welcoming community full of caring, non-judgmental souls who offer support and compassion that extends beyond our own personal experiences. Through the sharing of our trauma, we take those stories and weave it into a strong and supportive safety net, providing each other a fighting chance today — and tomorrow, and the next day.

I am certain we will leave an imprint of our profound sense of courage, our strength, our wisdom and our sincere desire to be of service to others.

You will be profoundly impressed. Our survivor instincts will render you speechless.

And maybe then, through getting to know one survivor, you will finally cease in calling us victims.

The truth is, we need each other, and we are all basically trying to walk each other home.

Jodie Ortega is a Hip Hop dancer turned advocate, spoken word artist, and TEDx Speaker (Take that, PTSD!). She has been able to flip the narrative of victim hood into a unique brand of storytelling, combining the arts with the celebration of surviving, thriving, and everything in between. Her work has been recognized by Vancouver Rape Relief and Women’s Shelter and her TEDx talk has caught the attention of UN Women, Greater Los Angeles Chapter. To date, Jodie has publicly broken her silence in Vancouver, Toronto and San Francisco. Jodie is excitedly preparing for the Love Your Body Summit in Port Moody, Canada on February 6, 2016. She will be sharing her story and facilitating a slam poetry workshop at a day that is dedicated to empowering girls and women to love their bodies.