My Woman of the Year phone call 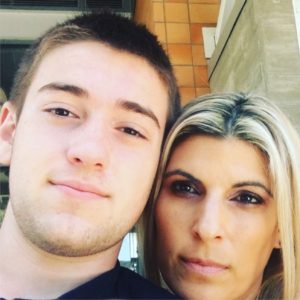 On Friday afternoon, Congressman Garemendi’s office called me and told me I won the Woman of the Year award for his district. I started crying immediately and Chris started repeating, “Wow mom, Wow”. I managed a thank you within my quivering voice and hung up. My son’s eyes were so big, as he said, “That’s just crazy, mom!”

After I collected myself, I called the Congressman’s office back and asked the woman to repeat what she had said to me in her prior call, as I was still in my complete incomprehension. I also explained to her that I didn’t feel like I thanked her, the Congressman and the persons who recommended me enough and wondered what was all involved for the recognition. She repeated herself and explained a letter would be in the mail and that the Ceremony would be on October 13th in Woodland. The time for arrival would be in the letter.

My son was out of the car by now, so my valve to release a flood of tears was unlocked. The memories of my childhood and the ignorance’s that surrounded me growing up, that enforced milking the health and welfare system without reciprocating contribution to society in any way. Thoughts of my upbringing were soggied with thoughts of unworthiness and loneliness living with society’s projection that I would be bare foot and pregnant by the age of seventeen repeating the cycle of sucking off the off the entitlement breast as my generations past.

I feel like I have so  much more to learn to be a better, more productive person. I hope to master or at least come closer to a stronger commitment to compassion, understanding and patience and know I have a long way to go with these lessons. I have come from living off my story to living from my story, making sure to break the cycle entitlement to empowerment. I would like to make some changes to our system when it comes to disclosure, empowering survivors to heal productively and to be able to encourage others to do the same. I would like to embrace our children and make a safer world for them, protecting their boundaries and giving them a healthy environment to contribute their abilities as they grow to their societies.

I am shocked, I am humbled, I am grateful and at the same time undeserving to have been able to help in the areas of the lifework I have been handed so far. Thank you’s to everyone who have given me a chance to be a conduit when I could. God Bless!