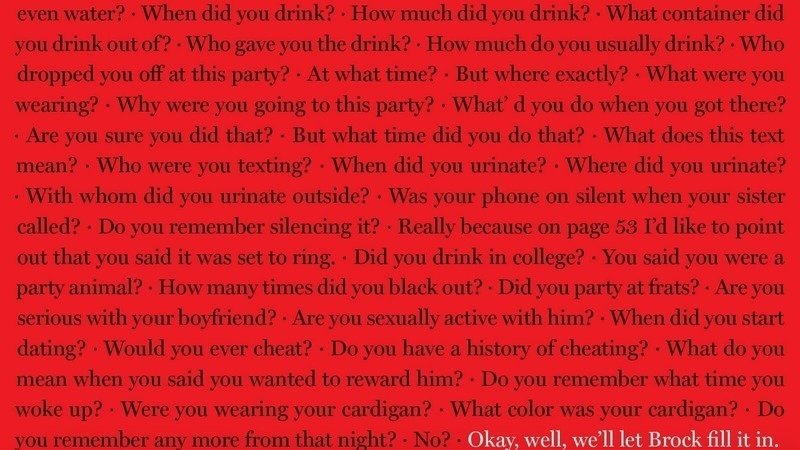 On January 18, 2015, a woman was brutally assaulted on Stanford’s campus during a Kappa Alpha Fraternity party. Brock Allen Turner, who at the time was a Stanford freshman, was found thrusting himself into an unconscious woman on the ground behind a dumpster. Two Stanford graduate students witnessed the incident and stopped the perpetrator. In March 2016, Turner was found guilty on three felony counts, facing a punishment of a maximum of 14 years in state prison. On June 2, 2016, Turner was sentenced to only six months in county jail and three years probation. Now, he is expected to serve only three months with good behavior.

On Friday, the survivor released the letter that she read to Brock Turner during the sentencing. To describe the letter as anything less than heroic would be a disservice to her bravery and to every survivor. However, she still did not receive the justice she deserved. While her story is unique, the outcome of the sentencing is one that happens much too often. If anything, the results of this case set the precedent that even when the legal system finds guilt, it does not provide the justice that survivors deserve. While this case, like many others, demonstrates the problems of the legal system and the prevalence of rape culture, there are still ways in which Stanford University can step up and support the survivor.

This petition is in support of the survivor in this case. We are asking that Stanford:

1. Immediately and publicly apologize to the survivor based on the fact that the attack happened on Stanford’s campus and express support for her bravery and suffering.

2. Publicly offer accommodations including counseling and other supportive services to the survivor.

3. Increase the amount of resources allocated for sexual assault prevention, adopt evidence-based prevention programs, and introduce new university requirements on sexual assault education that students must complete during their time at Stanford.

4. Increase its counseling resources for all survivors on campus and address the longstanding issues with CAPS so that students who are suffering from sexual assault have the help that they need.

5. Administer a national, uniform climate survey like that developed by the AAU and in use in our peer schools which asks about the incidence of sexual violence occurring in fraternities.

This petition will be delivered to:

Stanford Association of Students for Sexual Assault Prevention (ASAP) started this petition with a single signature, and now has 88,448 supporters. Start a petition today to change something you care about.