Originally published on The Hindu Sexual predators active on Facebook on May 7, 2015 By Ramya Kannan. 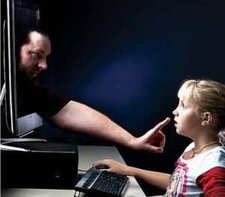 After several complaints to cyber cell, the pages were pulled down

On Wednesday, Twitter and Facebook exploded with outrage, this time over certain pages on Facebook that reeked strongly of pedophile content. The pages, screenshots of which went viral on the social media sites, included “Chinna Ponnu Veriyargal” and an invitation to rape, which had over 3,300 likes. Subsequently, Facebook pulled down the page, and it was not accessible from the afternoon.

This is not the first instance, however. Last week, similar pages were started in Kerala, all of which reportedly had a following of several thousands. After several complaints were taken to the cyber cell in the State, and subsequently to Facebook, the pages were pulled down. Parents were in a flutter, because a number of them posted images of their children on social media sites.

None of the images was sexual in nature. The images were all of good looking young children, probably picked off the Internet. The offence was in the comments, which ranged between the gross to violently sexual talk. In the heat, the issue generated on social media, parents and others pointed out how vulnerable anyone who puts out pictures of their children online is.

“What is scary is that this kind of activity finds a community that is willing to play along,” says Vidya Reddy of Tulir – Centre for the prevention and healing of Child Sexual Abuse. “If you read some of the comments, the violence there is quite shocking. Again the question arises, of the large group that liked the pages and left comments, how many take the activity forward in the real world, offline. That is the scary part.”

While she says the pictures, as found on those pages, could have been pulled out from anywhere, even clicked by random strangers in public, Na Vijayashankar, cyber law expert, says there are some precautions parents can take. “People feel happy sharing their children’s pictures on Facebook, but they need to be careful about their privacy settings, and exercise some discretion in whom they allow to view their feed, and whom they befriend online.”

Personal issues aside, Mr. Vijayashankar says Indian law is based on examining if the content is obscene or defamatory, or attempts to be so.

“If it is neither, then the only other law it attracts is violation of privacy. In this particular case, the pictures are clean, but the series of conversations indicate paedophile behaviour. As such, they attract punitive action under section 67B of the IT Act.” Apart from this, Section 13 of the Protection of Children from Sexual Offences Act will kick in.

“Is it possible to police the comments made on various sites? Or for us to follow every person who has commented on those sites? People, however, must be told that even passing obscene comments, not just hosting pictures, will get them into trouble with the law,” Ms. Reddy explains.

However, it is important for law enforces to use the same tool – the Internet – to beat them down. Eventually, it comes down to the real world, and policing to keep predators off children.