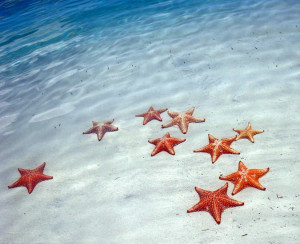 I am sitting in a first-floor apartment at “The Flatted Fifth,” a building in the slums of the Huruma district in Nairobi, Kenya. The building is the newest in the area, and by all local concerns, an engineering marvel and the envy of every neighbor. My American eyes can barely tell the difference between The Flatted Fifth and the 40 year-old building six inches away. Babies are crying, and the noise of the streets is almost entirely humanity and motorcycles, as cars seldom venture this far into the slum. We are excited about being here because the building project is a ministry we have partnered in making happen. She Has a Name is in Nairobi on a scouting trip for a teen prostitute rescue called, “She Has a Name.”

We are waiting for Grace.

“Grace – it’s a name for a girl. It’s also a thought that changed the world.” – U2
Grace is a friend from a larger slum across Nairobi, the world-famous Kibera slum. We are halfway through our time in Nairobi, and we have not found the girl we are looking to rescue yet. Grace has a lead. She was supposed to bring this young girl to meet us yesterday, but when the child learned that we knew she was a prostitute, she refused to come with Grace.

She refused to come to grace.

We want to help her. We want to rescue her from a life of prostitution, poverty, pregnancy, disease and early death. We want to give her hope, an education, a place to live, a place to learn, a place to grow into what we know she is – a child of the King. But so far we have not met her because of her fear and shame. We have a few more days. We are praying that she will come and we will learn her name.

Meanwhile, God has given us Florence. Florence was a bit of a surprise to us. She is older than the girls we were looking for – 18 years old. She is the same age as my daughter, Blythe.

Florence has two children, Ivana is less than two and Ida is four. Florence told the ladies yesterday that when Ida was born, she wanted to bite her. It takes us all a moment to remember that when Ida was born, Florence was fourteen. It takes a minute for us to connect with the hopelessness that Ida must have represented to the end of Florence’s dreams for absolutely anything. Florence was out of school and living in tin shack by the river in Mathare Valley, a slum of nearly 500,000 who average less than one dollar a day in family income. Her only means to survive was to sell the only resource she has – her body. Florence told me that the only way she could go to work, dancing naked and selling herself to men, was to drink first. It was two days before she started looking us in the eyes. We first thought that she did not know much English, because she spoke so little, but now she is joking and laughing with the team – even making fun of Zach’s love of facial hair.

Florence is rough around the edges. She does not know how to be a mother. She knows nothing about God’s promises in her life. She does not know how to dress, or act the part of a lady. She only knows that she is tired and desperate for a change.
We can change her life. We can show her grace. We can show her love. We have enough money and time to do this, for Florence.

Florence and Ida and Ivana are starfish.

The starfish metaphor comes from the old story about the young boy who was throwing starfish into the ocean, one at a time. A man came upon him and asked him what he was doing. The boy replied that the tide had washed the starfish onto the beach and they were dying. He was throwing them into the ocean to save them. The man looked at the beach and saw thousands of starfish in each direction. “Young man,” he said, “There are thousands of starfish. You are not going to make any difference. Most of them are going to die before you get them back into the ocean.”

The boy picked up another starfish and tossed it into the life-saving water, then looked at the man. “It made a difference for that one,” he said.

Not all of our starfish are on the other side of the world, being called out of filthy – but exotic – slums of darkness. Some starfish show up in our lives as the neighbor’s children. Others wander into church on a Sunday morning looking for $30 instead of a word from God. Others are at the end of a World Vision Commitment Card. Some starfish are widows or singles who are watching the days of their lives pass in loneliness.

Matthew 25 gives us the take of the Savior in all of this. Jesus speaks with the passion of judgment when he separates the saved from the unsaved based on one thing – “When you did it unto the least of these, you did it unto me.” This is lordship in a nutshell. It is too easy to say that you care for the poor because it makes you sad to see starving children on television. You actually need to pick up a starfish or two and toss it into the water that gives life!