Originally published in The Vacaville Reporter on September 13, 2013 By Ryan Chalk.

With domestic violence awareness month upon us, leaders from the local church community, law enforcement, health care and nonprofit sectors met in Vacaville on Friday to discuss how to respond to and deal with the growing problem.

As October signals Domestic Violence Awareness month, the Christian Body Life Fellowship hosted a forum that Pastor Vic A. Russell said was dedicated to the challenge of, “creating a safer community by preventing violence.” The event, sponsored by the nonprofit HEROES of Solano, featured experts to speak about the impacts of domestic violence on individuals and the community, as well as offered information on how to address the issue and where to find resources. 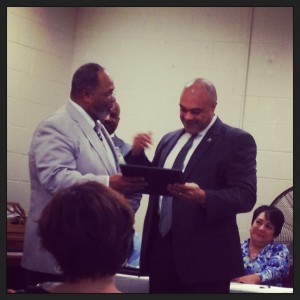 To help illustrate a growing problem, Vacaville Police Chief Richard Word said that his officers and detectives have taken an average of 42 reports of domestic violence per month this year, which is up slightly from an average of 39 reports per month last year. He said that domestic violence impacts people from all walks of life, racial backgrounds, gender and income classes.

“This is a crime that knows no boundaries,” Word said. Adding to the difficulty in combating the problem, experts on the panel acknowledged that victims of domestic violence are often reluctant to report it, for myriad reasons. “There’s a whole host of reasons why a victim doesn’t leave an abuser,” said Krishna Abrams, a Solano County deputy district attorney who currently holds the award as the state’s top prosecutor. 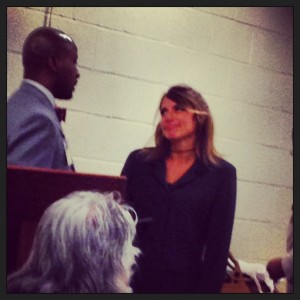 Out of seven murder trials she put on last year, four were the result of domestic violence. “It’s really a prevalent problem,” she said. One challenge, at least from a law enforcement perspective, is getting the victim to trust those who are there to help. Getting them access to resources is another challenge.

Solano County District Attorney Donald A. du Bain, said that since his office adopted the county’s Office of Family Violence Prevention and opened a 10,000-square-foot Family Justice Center in Fairfield six months ago, 180 victims of domestic violence and sexual assault have been helped.

“The Family Justice Center allows victims of crime to meet the immediate needs they face in one location,” du Bain said. Beyond that, nonprofit organizations such as SafeQuest Solano offer 24-hour crisis hotlines and emergency shelters. However, Susan Dever, board vice president of SafeQuest Solano, said the organization is struggling to keep its doors open. To that end, one leader encouraged attendees to think of Domestic Violence Awareness month as a giving campaign. Dever, who has committed her life to helping put an end to domestic violence after losing her daughter, Danna Dever to an abusive relationship, said that many people still don’t realize there are safe places for them to go. 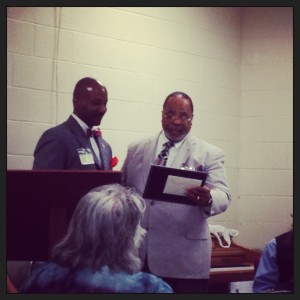 “But we need the community’s help, too,” she said. The Solano County Office of Family Violence Prevention has created a resource guide for victims.

For more information on organizations that deal with domestic violence, visit: