Home How Far Will I Run Book Popular Belief Systems 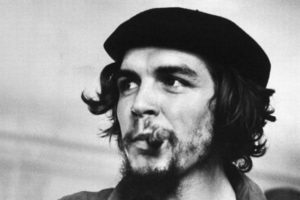 Irrespective of popular belief, no one ever said it would get better…LIFE. No one ever said… it would get worse… STRUGGLES. They, people in general, have said that there are programs that will help you. Let me be the first to tell you there is not always programs that will help you; there may be some depending on where you live. In the 70’s, with the erosion of women shelters; the nation began to impede on a movement that would help, not hinder, women and children. Over the decades to come, those times and that “help” would change. There were housing programs for those who suffered from violence and abuse. There were food programs that offered healthy food items. There were programs for children. There were programs for mental health. There has been a huge decline in mental health over the years. There were a list of programs that were very substantial; and the cost of living was nothing like it is today. The number of uneducated women were in high proportions; and just as substantial, as well. But, there were programs to help mothers go back to school. The goal was to help women and children have a better way of life. This was a belief system decades ago and one that we, as a society, have stirred away from achieving. There is a list of factual resources to substantiate these claims. Have at it! There is no political correctness or research that can touch upon the life experience of millions of women who have suffered any form of abuse and violence; nor is there for children.

In regards, to sexual violence for both male and female the crime often goes unreported. The male children afflicted by violence grow up to be men. Yes, female children grow up to be women. At the end of the day, when discussing the number of adults and their gender who are afflicted by violence, the numbers reflect that women (decades later) are still the number one gender to be afflicted by violence. In recent times, we have seen more and more transgender reports of violence, lesbian and homosexual reports have surfaced, as well. Are we any more prepared to deal with acts of violence regarding any gender? No. Is there equal opportunity in violence? That is a Hell No! We could statistically do a breakdown of how many children, male, female, and/or transgender are victimized by violence. For the sake of not diverting from the true intentions of the truth, let us not for now. Let us all keep in mind that any child who suffers any form of abuse and violence is a crime, period. In regards, to statistics and research, have at it! In moving forward to adults, pass the age of 18, who suffered from abuse and violence whether as a child or as an adult, the number one gender that is victimized by abuse and violence are women. The most underreported form of violence is sexual violence of any form and in large proportions it is women who are most often victimized. Again, sexual violence is often times not reported to authorities.

The programs that existed decades ago have changed significantly over time. They are not as effective as they were decades ago. Often times, there is no funding to house “victims”, also known as survivors, of domestic violence who leave in flight from their situations. There are not enough food programs for the growing number of families and individuals in need of food. Truthfully, some of the government organizations give out molded, spoiled, and expired food. Whereas, churches tend to have a healthier selection. Welfare recipients on good cause, who are in hiding, often times do not have access to transportation and are literally kept in hiding; nor can they work. This is a form of imprisonment for survivors. Advocates and agencies, depending on their location, may advocate for equal opportunity in their shelters and resources. A women who suffered domestic violence having to attend a class in order to receive services with a man who also claims to have suffered domestic violence, is RE-VICTIMIZING and DIS-EMPOWERING. There is no equal opportunity in domestic violence. The man who has been victimized and survived domestic violence should receive services, but in another location. Again, women who seek a bed at a local shelter should not be housed with men who suffer from domestic violence. Again, it is RE-VICTIMIZING and DIS-EMPOWERING! This causes more suffering and more harm to a woman trying to stay safe, and who is mentally and not emotionally capable of being around men because of the extreme circumstances and violence she has suffered. Bottom line, for decades we have gotten away with excuses for not being effective despite any funding hurdles. The real empowerment is when a survivor becomes aware of the denial of violence, its effect on her life and others, and decides to stand up and speak out in her own way about her situation, i.e.: counseling, classes, etc. But, note that when she does there is hell to pay in the following areas: courts, ineffective resources, paperwork for multiple needs, scheduling for counseling, and fighting for her life.

In the end, we are alone in our struggles. It takes a lifetime to heal and some of us do not. I personally have lived this life from birth. This article is based on facts, experiences, and the awareness of how popular beliefs system, such as “there is help for everyone”; it diminishes our call to our own call for action. Our call to action, is simply trying to survive, day by day, year by year. Often times, moments are lost in our inability to really be grounded in areas such as: financial, emotional, mentally, etc. Many times, the road is not as long if we are in a loving and caring environment that nurtures our ability to grow and prosper. The system does not provide that nurturing avenue. It must be provided by oneself. When it is time for a survivor to go and stand up for herself, she is often ill-equipped with the knowledge to navigate all the systems that are in place, which should help her. Some of these systems do, and some do not. At the same time, she cannot be emotionally attached to the outcome. The fight leaves a survivor raw and in a dead stream if they do not remain focused on their goal. One of the goals is to get out and get away. This is great! It works for some survivors, but not all. It is perfectly okay to have a Plan A and a Plan B, with or without finances or support to move forward in life. Perhaps one day, I will state my name. But, today… I am anonymous. Survivors when you call a help line you have every right to say you are anonymous. Part of navigation is to make sure they can help you in the areas that you need help. Proceed with caution, with your safety in mind, and the foresight to know that you deserve the best. You deserve to be happy and to have the opportunity to love yourself in order for you to love others, including your children. If you have children, they are watching your every move. Multiple men in a women’s life where children see this occurring does not help the healing journey, nor will resources be effective. We have the responsibility of keeping a clear head and thinking for ourselves. Continue to dig deep, get to your core issues, and move forward. No matter what, NEVER GIVE UP!!!!
Thank you for allowing me to share!