Silencing the Past by Speaking in the Present – Part 1

Originally published on AReturntoYourGenuineSelf on July 5, 2016 By Jodie Ortega

Folks — we are in for a real treat this month! I first heard our guest blogger this month, Jodie Ortega, spit rhymes at a fundraiser here in San Francisco. I was immediately taken by her grit, humor, and absolute unwillingness to be anything but herself. This month, she will be sharing her story and perspective on healing from trauma. In particular, we’ll be exploring the importance of finding our voice as survivors. I can’t wait!

I was four years old.

I was a little girl overwhelmed with adult sized emotions.

I did not have a word for it. I was not equipped with the language to tell somebody what was happening to me. Heck, I did not even know this was something you talked about since I never heard anyone talk about it.

All I had were my grandfather’s words.

“Do you remember when you were little I used to do this to you?”

“Don’t tell anybody about this, do you want to ruin your family?” 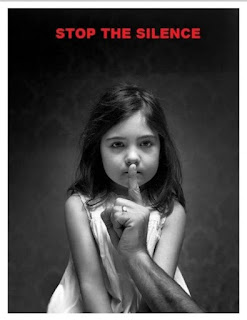 “I have a problem and you’re the only one that can help me.”

“Jesus is watching you when you don’t obey.”

“Do you want me to just go to your sister?”

“Have you had your first kiss yet?”

“If only you weren’t so pretty.”

Well, technically I had my grandmother’s words too, but I did not realize she was complicit in the sexual abuse until shortly after she died.

That was all she said to him.

In the movie Back to the Future, Marty McFly had a modified DeLorean car to travel back in time.

They are like unwelcomed house guests. They arrive unannounced and we sometimes have no idea how long they are planning to visit.

I was supervising my son on the playground the other day. As I pulled my light jacket in closer I noticed the breeze sweeping gently over the tops of the trees. I was enjoying the light summer evening, watching my son and his friends.

Mindfulness off. Survivor mode, on.

“He’s dead. He can’t harm me anymore.” I remind myself sternly.

My annoyance at how the sound was bothering me increased.

But so did my guilt. And shame. Shame that I have for the past three years worked my ass off to get rid of, to shed, to purge, to return to the abuser. But, when a trigger arrives, it often times reminds me of just how much shame is still lurking inside me.

A little girl was practicing on her jump rope, and asking her Mom to participate.

With her little hands gripping the pink handle tightly, she giggled in delight as she jumped with her Mom.

The sound of the rope as it skimmed the asphalt concrete pavement and then swished through the air combined with youthful laughter is pretty much part of the soundtrack to idyllic childhood summers. Magical. Carefree.

What did my summer of 1994 look like? Well, if it became a movie, it would be categorized in the horror section and rated M for mature. And if I had to pick a movie title, I would copy the 1997 slasher film, “I Know What You Did Last Summer.”

I looked intently at the little girl.

“Do not transfer to her his shame.”, I told myself.

I stared at her. I started to cry. I smiled and then I prayed the same little prayer I recite whenever I see a child playing; “I wish you a future free from harm.”

Accepting myself the way I am has also led me to learn more about myself.

As I delve into more therapy and artistic expression, will I morph into a new person that I cannot recognize?

I meet myself every day, right where I left off the night before.

Through therapy and my art, I look forward to getting to know my true self and to saying goodbye to the victim that I was for the abusive people in my life.

I had continuously adjusted my behaviour in order to survive my environment to the point that I eventually lost my grip on who I really was.

In order to survive, I learned to be quiet and small. Tip toe. Don’t react. Be numb. Get out of the way. Be compliant. Don’t get involved. Sit down. Shut up. Don’t attract attention when you enter a room. Let’s face it, I learned to be invisible.

You see, trauma teaches us to not risk. It resets our body to a setting that tells us that the world is dangerous and it’s to our benefit to stay on the safe side of the road.

Trauma plays a tape on repeat in our heads filled with messages such as:

These post trauma messages are the breeding ground for the real killer – shame.

Talking about sexual abuse is unfortunately quite taboo in our culture, especially in Asian communities. I hope to change that, one conversation at a time. Most of these conversations are uncomfortable, but I have grown to stop caring. Words like sexual abuse, incest, molestation, rape…these words are not meant to sound pretty.

Like many sexual abuse survivors, my childhood was cut irreversibly short, stunting my growth and forcing me to view the world through distorted lenses.

I had no choice to adapt to a normalcy filled to the brim with shame, secrecy, stigma and silence.

Over the course of this month, I will be sharing just how I got from there to here, exploring shame, secrecy, stigma and silence through my new sharpened lenses, and through the personal narratives of survivors from Asian backgrounds.

In the meantime, I will leave you with my TEDx talk, titled “Breaking My Silence: Healing Thrives in Conversation.”

Till next post, be kind to yourself. You are worthy. You are lovable. 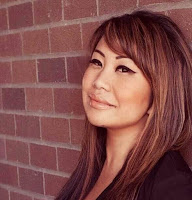 As a product of childhood trauma and intergenerational cultural shame, Jodie Ortega has flipped her narrative of victim hood through her unique brand of storytelling; rap and spoken word. With a vocation that is rooted in intersectional feminism, Jodie now devotes time championing for survivors of sexual trauma having presented at Victor Walk, TEDx Talks, BIL Talks and PechaKucha as well as various educational and community settings.